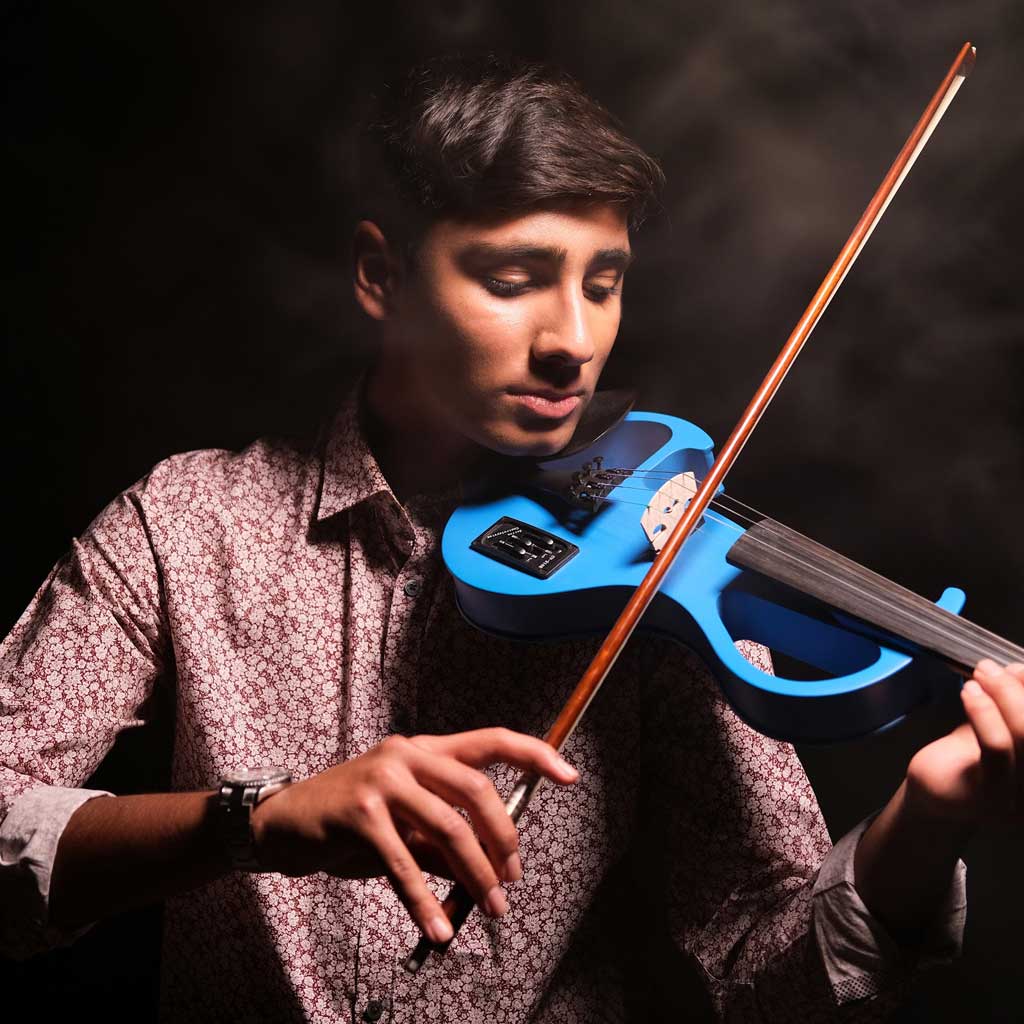 Armaan Damani, a 16-year-old prodigy, is shaking up the San Diego music scene with his unique blend of Electronic and Sing-Rap.

During the COVID storm of 2020, Armaan hunkered down in his home studio and created his first ten songs in which he plays the piano & violin, sings, writes, and produces everything.

Damani’s foray into music began at the age of six when he started classical violin training using the Suzuki method. At the age of 9, he began writing poetry on complex topics demonstrating a grasp of life far beyond his age in years. To this day, one of the signatures of his music is the depth and the uplifting nature of his lyrics.

Over the last several years, Armaan has continued his classical training in violin and the piano, while also refining his composition and engineering skills through his work on Ableton live in his home studio. His output is prolific, averaging 1-2 original tracks a month.

When Damani is not creating new music, you can find him studying 10th grade algebra or on the basketball court. He was a top 5 player at the EBC Jr All American Camp with the top 700 youth players in the nation, Co-MVP at the Crème de la Crème game in San Diego, and at 14, was MVP at the UCLA Youth Basketball Camp for the top 150 14 & 15 year old’s in the nation.

Join Armaan’s several thousand listeners on Spotify and other digital streaming platforms under the name Damani. Follow him on Instagram @armaandamani. And watch for his debut EP dropping in early 2022.